What is Pressure switch?

What is pressure switch?

Pressure switches are used to make or break (open or close) electrical circuits at selected pressures to operate solenoid-operated valves or other devices used in the system.

The operating principle of a pressure switch is shown below. 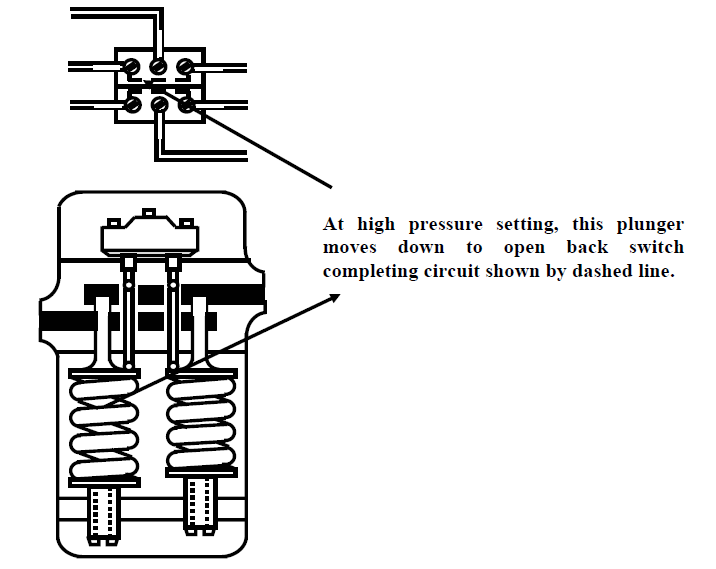 This design contains two separate electrical switches. Each one is operated by a push rod that bears against a piston whose position is controlled by hydraulic and spring forces. The pressure at which the switches operate is selected by turning the adjusting screw to increase or decrease the spring force.

It should be noted that in this design the switches are actuated by the springs when the unit is assembled. Thus the normally open contacts are closed and vice versa.

When the preset pressure is reached the plunger will compress the spring and allow the push rods to move down causing the snap action switches to revert to their normal condition.

By using both switches in conjunction with an electrical relay, system pressures may be maintained within widely variable high and low ranges.

© 2019 HONGKONG XIEYUAN TECH CO.,LTD is not an authorized reseller, agent or affiliate of any brand or manufacturer. All trademarks, brand names and logos whose products are sold on the website are used for identification purposes only and are registered trademarks of their respective owners, all rights reserved. The use of a trademark, brand name or product on our website does not imply that the company trademark or brand belongs to or endorses our website. All products are 100% original, genuine and legally purchased from authorized sources.